“Cross Street, Sandy Bay Road,” “Be a good girl, Esther,” “Esther shall not go out again,” “Bombay is in Asia, ABC,” “Evil communication corrupts,” “Love your grandmother Esther” – each of these were written over and over again in a whaler’s logbook, and signed “Esther Mary Paul” in November or December, 1865. What was little Esther doing writing these lines, in -between and alongside the records of her uncle and aunt’s adventures at sea long before she was born? Was she being educated or punished, or both? Where was she living and why was she there? In this continuing story of little Esther Mary Paul and the whaling logbook in the Crowther Collection, we’ll try to piece together Esther’s young life. It’s a tale of sorrow, struggle, and abandonment, but also of strength, resilience, and love.

END_OF_DOCUMENT_TOKEN_TO_BE_REPLACED

In November of 1865, a five year old girl named Esther sat in a house in Sandy Bay, writing lines in a small, leather-bound book. Some days, she had geography lessons. Some days, she was in trouble. Some days, she just needed to memorize her new address. Two months came and went, and the little girl wrote line after line. Her notebook had once belonged to her Uncle William, and recorded his whaling voyages to the Pacific Ocean and the Timor Sea. In the spaces in-between the stories of whales and gales, little Esther did her school work. So did her Aunt Charlotte, who copied out poems and ballads for the little girl to memorize. Aunt Charlotte knew that logbook well, for it was the record of her own honeymoon at sea, nine years earlier. Now it became a part of a different family story – of tragedy, loss, love, abandonment, and survival.

Esther’s Story is actually the story of three nineteenth-century women: Esther Mary Paul (Lithgow), her mother Cecilia Eliza (Rowland) Paul, and her aunt Charlotte Ann (Rowland) Jacobs. Over Family History Month, we’ll follow these women through three blogs and fifty years of their lives, using digital collections together with library and archival resources. It’s a tale of adventure, improvisation, and resilience, but it’s also something else. It’s a reminder – of how our own historical present can change how we think about the past. Read on to discover more.

END_OF_DOCUMENT_TOKEN_TO_BE_REPLACED 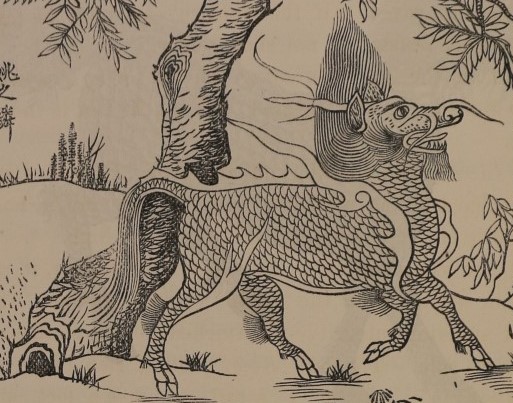 Research is not a straight path. It is a trail that twists through mountains and valleys. There are forks in the road and enticing sights that lay off the beaten track. These distractions can be the most treacherous aspects of the journey. Often they can be so alluring that one can forget where one was going in the first place. I stumbled across one of these tangents recently while researching the life and work of Charles Gould (1834-1893), a journey that took me from Tasmania’s wild west coast to mainland China, from giant freshwater crayfish to dragons, and from natural history to the realms of myth.

END_OF_DOCUMENT_TOKEN_TO_BE_REPLACED

We’ve just finished celebrating Family History Month, which offered us an opportunity to reflect on some of the unexpected connections to be found in Libraries Tasmania’s archival and heritage collections. In this post, we explore four ‘rare books’ that were not written here, not published here, not about Tasmania in any way, but which unfold extraordinary Tasmanian stories through the history of their ownership and use. From a 17th century Bible once held in royal hands, to a 19th century tanner’s technical manual, here are some tales of the unexpected uncovered in the State Library of Tasmania.